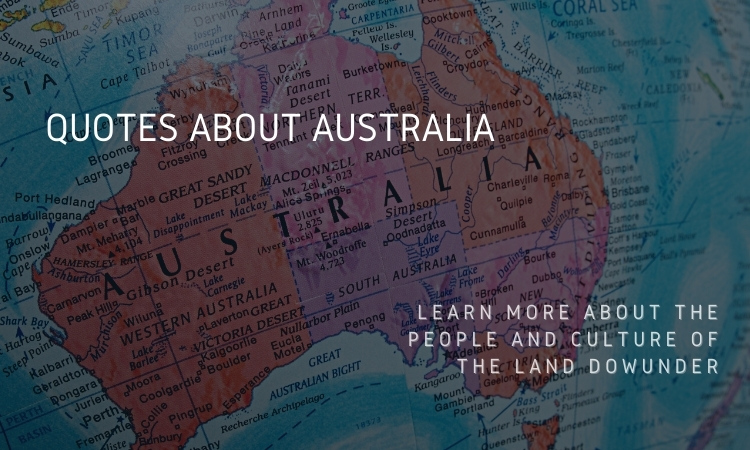 Today we are sharing quotes about Australia, to help you understand Australian culture and lifestyle. The way Aussies speak about themselves and each other can be difficult for visitors or people who are new to the country to understand. We hope you find these Aussie quotes enlightening.

The culture of Australia is very diverse and very influenced by many factors from the British Colonists who landed with boatloads of prisoners, to the immigrants who began to settle in great numbers between 1901 and 1980. If you want to get to know Australians better, it is best to get acquainted with the way we talk about ourselves. To help you on that journey we are sharing some quotes about Australia that we feel help build that understanding. Not just the funny lighthearted quotes you may know from films or tourism slogans but also some thoughtful even inspired quotes that dig a little deeper.

Quotes about the Australian Spirit of the Underdog and Fair Go

Australians love an underdog, so much so in fact that we tend to quickly cut down to size anyone we think has gotten too big for the boots. We also believe everyone has the right to a “fair go” and will rally behind those who need help.

“To me, being Australian is about looking after your mates, taking care of the less fortunate, supporting the underdog and enhancing the spirit that makes all Australians unique”
Steve Waugh, Australian Cricket Captain.

“It’s an interesting thing in this country. I haven’t won a gold medal, yet Australians still take me into their houses and hearts, they know my name and they care. I think Aussies like the little Aussie battler and the person who will stand up for their rights and I’ve never been short of a word, especially with officialdom. “
Raelene Boyle

“You never want an Australian with his back against the wall. You put any 12 blokes together and you’ll get a job done. Whether it’s getting a bogged four-wheel drive off the beach or standing in front of a cricket wicket and making sure we’re in a dominant position. It’s the same dog, different leg action, so to speak”
Matthew Hayden – Aussie cricket player

“There is nothing more Australian than our commitment to ‘a fair go’. We believe that we live in an egalitarian society, where Jack is as good as his master and deference is almost unknown, where anyone with talent and grit can realize their dreams. “
Malcolm Turnbull, former Prime Minister

“Australia is a quirky country. It is happy to have as heroes Phar Lap, a racehorse who died, Les Darcy, a boxer who died, Ned Kelly, a bushranger who was hanged, and Simpson, a private soldier shot by a Turkish sniper. It celebrates a military adventure called Gallipoli that, brave as it was, was lost from the second day. We like gritty failures and folk heroes. Bradman , the folk hero who didn’t stumble, is an exception. “
Carolyn Les, Author – Heroes in our Eyes

“Disappointment and adversity can be catalysts for greatness. There’s something particularly exciting about being the hunter, as opposed to the hunted. And that can make for powerful energy.” Cathy Freeman, Olympian

“As a child growing up, I dreamt big. Most people would have looked at an Aboriginal girl from the Territory, where the statistics…point to every reason why I should not succeed. But I was determined to be successful.”
Nova Peris – First Indigenous female parliamentarian

Quotes about the Aussie Character, Sense of Humor and Larrickism

“Australians, we’ve got a very healthy sense of humour in us. God forbid we take ourselves too seriously so it’s kind of a cultural trait.”
Rose Byrne, Author

“Those of you who have spent time with Australians know that we are not given to overstatement. By nature, we are laconic speakers and by conviction, we are realistic thinkers”
Julia Gillard, former Prime Minister

“Any boss who sacks anyone for not turning up today is a bum. “
Bob Hawke, former Prime Minister – after the historic victory of the yacht Australia II in the 1983 America’s Cup

“For people to be heroes in Australia they have to tap into the feelings and ideals of the nation. It has a lot to do with how they are represented and how the media portray them. A hero has to be seen at some level as a role model.”
Brett Hutchins, Professor of Media and Communications

“Far more often than complimenting each other, Aussies love to throw in their ‘two bob’s worth’ of criticism when they feel it’s due, giving as good as they get in terms of one-upmanship in any duel of words.“
Paul Bugeja, Author

“We’re all members of the outback club. We don’t back down and we don’t give up. We’re all living in a land we love”
Lee Kernaghan, Singer/Songer – Lyrics from The Outback Club

“Australians and the British are very similar: If you try and stand out in any way, and you try to reach for success, someone is gonna be there to cut you down.”
Joel Edgerton, Actor

“It’s the good thing about being Australian, I think. We have a sensibility to keep our feet on the deck. All the tinsel of Tinseltown doesn’t really bother me.”
Sam Worthington, Actor

“Australians always want everyone to be average as if the best thing you can do is fit in.“
Poppy King, Entrepreneur

Australia has a very long way to go before we can call ourselves a society of equals. While understanding of indigenous Australian culture is becoming something Australians are more interested in there is still a wide chasm of misunderstanding.

“Most Australians live in the cities on the east coast, where contact between black and white occurred as much as 200 years earlier than on the west coast – and where 95 per cent of Australians are able to live 95 per cent of their lives without ever seeing an Aboriginal face.”
Phillip Noyce, Australian Director

We are so fortunate, as Australians, to have among us the oldest continuing cultures in human history. Cultures that link our nation with deepest antiquity. We have Aboriginal rock art in the Kimberley that is as ancient as the great Palaeolithic cave paintings at Altamira and Lascaux in Europe.
Kevin Rudd, Former Prime Minister

“It’s very easy for Australians living in big cities to either romanticise or demonise the situation in Aboriginal places – to kind of look at things through the ‘noble innocents’ prism or through the ‘chronically dysfunctional’ prism, and I suspect that is so often the case.”
Tony Abbott, former Prime Minister

“We used to have a view that to really be a good Australian, to love Australia, you almost had to cut your links with the country of origin. But I don’t think that was right and it never was right.” Malcolm Fraser, former Prime Minister (at the opening of SBS in 1980).

“Here in Australia, we’re fortunate enough to have one of the richest and oldest continuing cultures in the world. This is something we should all be proud of and celebrate.”
Dr Tom Calma AO, Co-Chair Reconciliation Australia

“The land is my backbone… I only stand straight, happy, proud, and not ashamed about my colour because I still have land… I think of land as the history of my nation.”
Galarrwuy Yunipingu

“Even today, when an Aboriginal mother notices the first stirrings of speech in her child, she lets it handle the “things” of that particular country: leaves, fruit, insects and so forth. “We give our children guns and computer games,” Wendy said. “They gave their children the land.”
Bruce Chatwin, Author

“The more you know, the less you need.”
Australian Aboriginal Saying

“Australia’s treatment of her Aboriginal people will be the thing on which the world will judge Australia and Australians – Not just now, but in the greater perspective of history.“
Gough Whitlam, former Prime Minister

For most of our past Aboriginal Australians rarely appeared in Australian History writing, so that we were presented with half a history-half an Australian Experience.
Richard Broome

Quotes about distance and the Australian landscape

“There’s an expression in Australia that’s called ‘Go Bush,’ which means to get out of the city and relax. I try and ‘go bush’ to places where there’s no cell reception. But, I don’t get to do that often, so for the most part, it’s just a state of mind.”
Cate Blanchett, Australian actress, and director

“Australia lives with a strange contradiction – our national image of ourselves is one of the Outback, and yet nearly all us live in big cities. Move outside the coastal fringe, and Australia can feel like a foreign country”
Kate Grenville, Author

“If I was whisked away… I think I could put up with anything, except not seeing the Australian landscape. It would be a torture to have it cut off.”
Arthur Boyd, Australian Artist

“Much of Australia’s history had been shaped by the contradiction that it depended intimately and comprehensively on a country which was further away that almost any other in the world. Now the dependence had slackened, the distance had diminished. The Antipodes were drifting, though where they were drifting no one knew.”
Geoffrey Blainey – The Tyranny of Distance

Quotes by famous visitors to Australia

“This is a country where even the fluffiest of caterpillars can lay you out with a toxic nip, where seashells will not just sting you but actually sometimes go for you. … If you are not stung or pronged to death in some unexpected manner, you may be fatally chomped by sharks or crocodiles, or carried helplessly out to sea by irresistible currents, or left to stagger to an unhappy death in the baking outback. It’s a tough place.”
Bill Bryson, Author (Downunder)

“The Australians, it seems to me, thrive on their remoteness from the world and see it as a way of keeping up a code of “No worries, mate,” while peddling their oddities to visitors: nonconformity is at once a fact of life for many, and a selling point.”
Pico Iyer, Author – Falling Off the Map

“The Australian Book of Etiquette is a very slim volume.”
Paul Theroux, Author

Get to know more about Australia 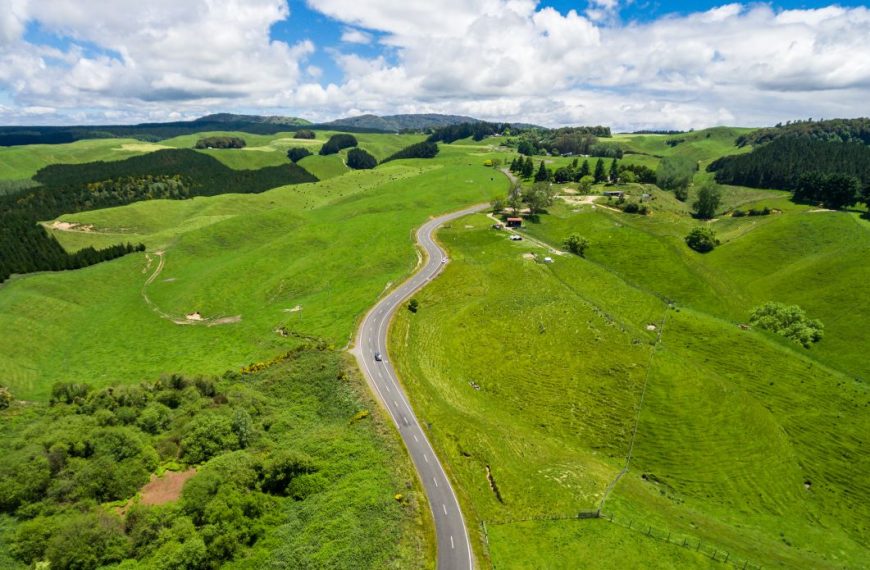 14 Amazing Places to see on a North Island road trip 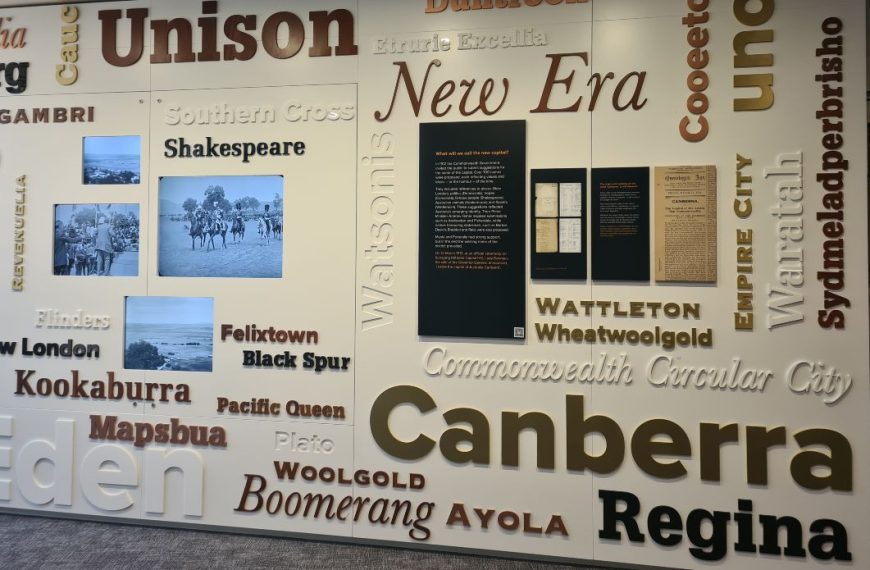 19 Of the Best Museums in Canberra 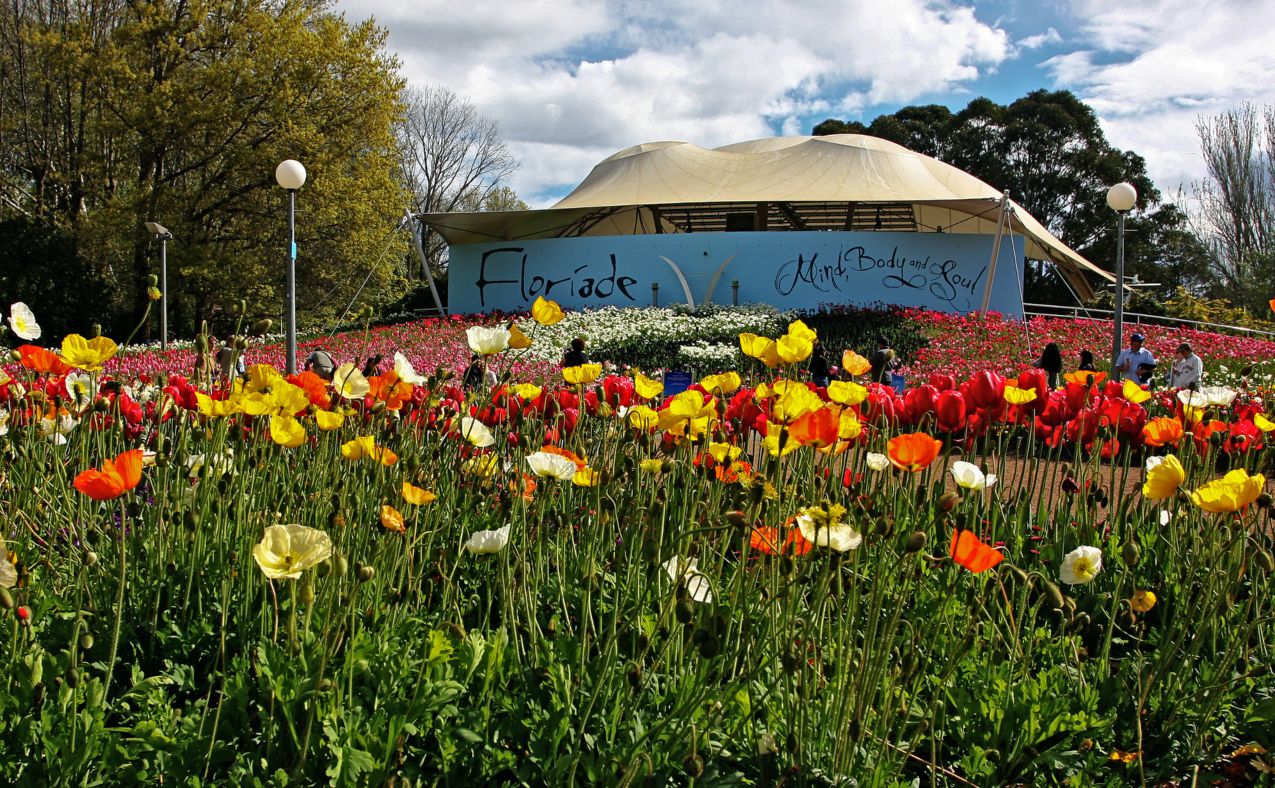 When is the Best time to visit Canberra 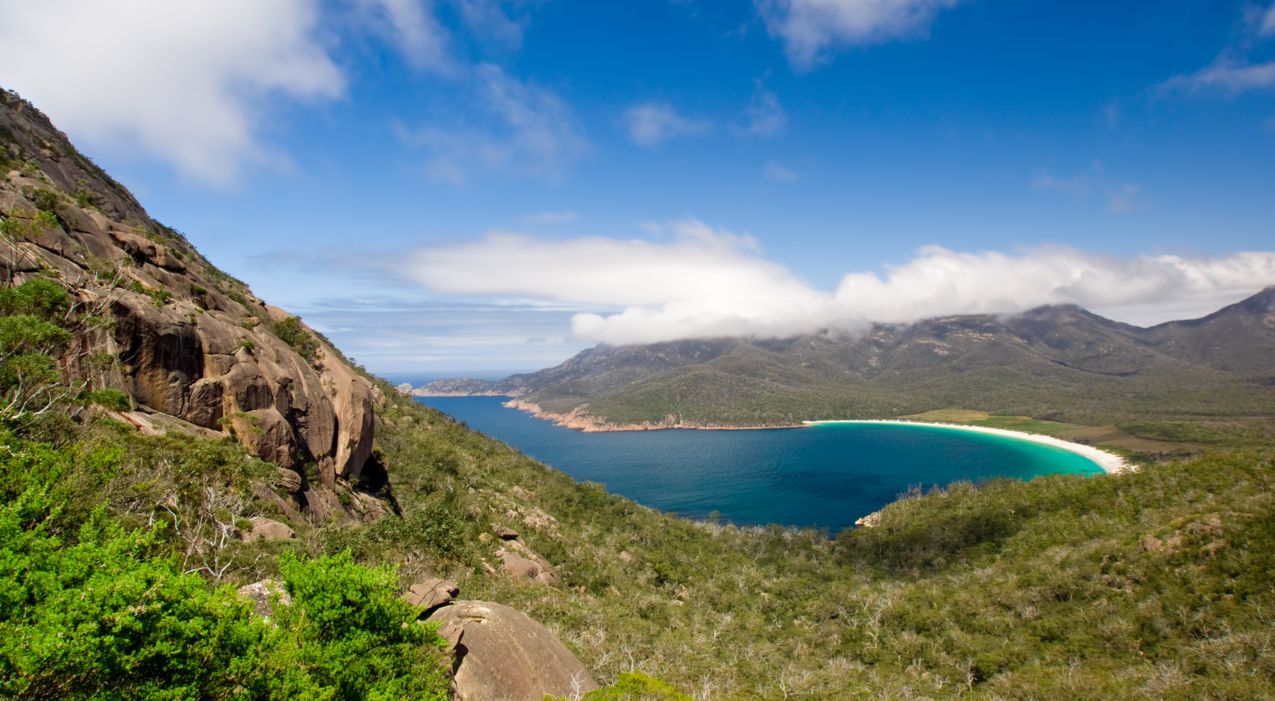 When is the best time to visit Tasmania